I am in my kitchen, wine drunk. My friends and I are having one of those brutally honest conversations that seems to come only after a drink or two, exhaustion, and the loss of all self-imposed filters. It’s 11:50PM, and we’re eyeing the clock as we banter, willing time to fast-forward ten minutes. The wait is painstaking, but we finally make it to midnight. CASE STUDY 01 drops. Suddenly, it’s the background music we didn’t know we needed, encouraging the vulnerability that is already saturating our conversation. We discuss our personal experiences as the themes of Caesar’s album leads us through them: hyper-religious upbringings, toxic romantic/familial/platonic relationships, navigating self-discovery, and identity formation. While some of his content relates, other moments are hard to swallow, like his reflections on those who’ve wronged him: “It was hard for the black kid, you used to get at my gap/Used to steal all my groceries and now I get to the racks.”

CASE STUDY 01 is forty-three minutes of genuinely new and different music, a departure from Caesar’s previous style. Caesar expands on his sound, leaving behind his reliably slow, melodic love ballads for four collaborations and six individual compositions that dance between singing, spoken word, and rap. Accordingly, the album showcases less of Caesar’s classic vocals than his past recordings. Of course, there are moments, like in the third minute of “OPEN UP,” which is reminiscent of past work on “Who Hurt You?” or “We Find Love.” Yet, the majority of this drop beautifully combines synth, twangy bass lines, and humorously inserted voiceovers of live feed from rehearsals (like in the opening moments of “RESTORE THE FEELING” featuring Sean Leon and Jacob Collier). Each song is a journey. “TOO DEEP TO TURN BACK” highlights this quality. The ballad begins as traditional Caesar sound circa Pilgrim’s Paradise – EP with a soft guitar strum and layered background vocals, an auto-tuned voice filling in the space between. Moving into the last minute and a half, the expected strum pattern shatters and Caesar focuses on punctuating the lyrics, bridging R&B suavity with the rhythmic of qualities of rap. 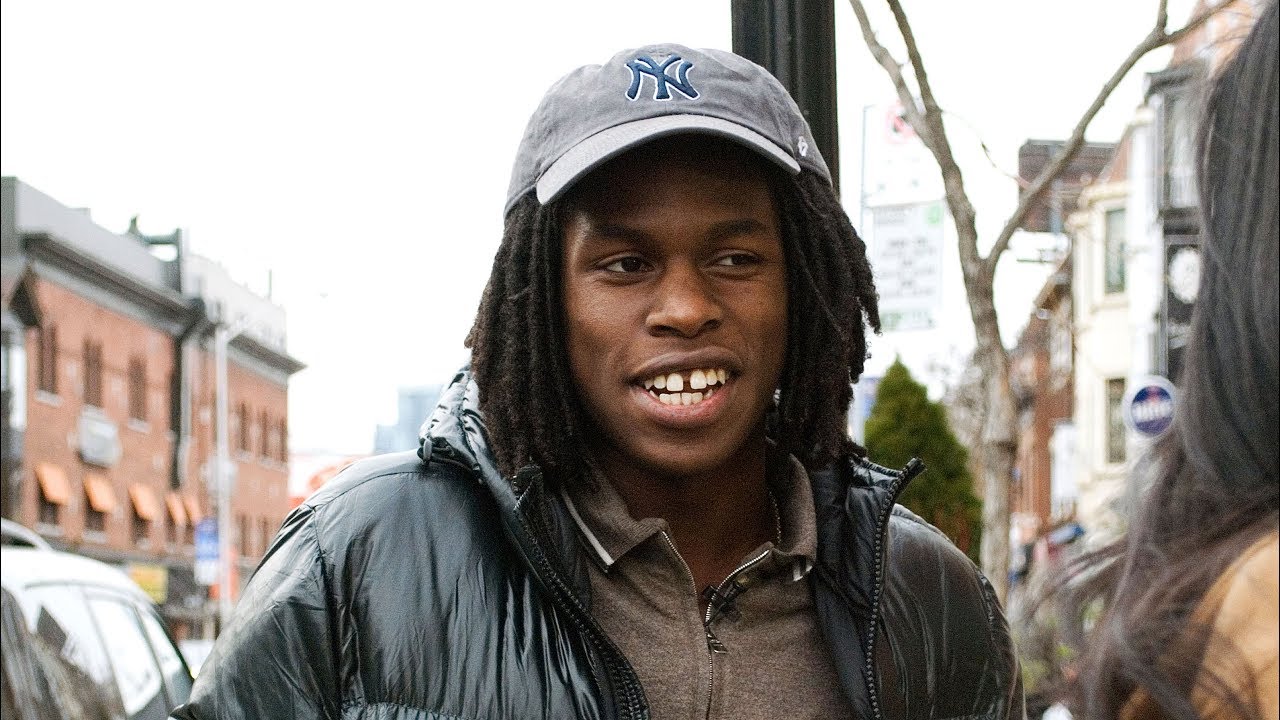 Though on the first take this new sound is apparent, Caesar’s evolution on his sophomore album runs much deeper than the addition of a few percussive elements and a soundboard. It’s the additional round of production and the new topical content that distinguish Daniel Caesar’s new work. His typically raw vocals are put through heavy rounds of production to remold the tracks rather than just finish them. Additionally, his clever lyricism finally is placed in the limelight it deserves. Though Caesar has always created thoughtful content, he rarely strayed from his love-focused ballads. In fact, he was who I used for a love song that might induce tears or the desire to patch things up with your ex. CASE STUDY 01 obliterates these expectations. Daniel is witty and poignant, utilizing melody to convey these messages rather than just support them. He asks the audience and a faceless lover to “Trust that you know me well enough to know/I’m the high priest but you put on the show:” a call out to the performativity that plagues religion and the institution of the church.

CASE STUDY 01 discusses topics from religion to politics and comments on the various idealisms society attempts to reach, frequently personifying inanimate objects or concepts. And he wastes no time in doing so. The opening track, “ENTROPY” begins heavy with a spoken intro—”I remembered the line from the Hindu scripture…’Now I am become death, the destroyer of worlds.'” It’s the adoption of a new persona, a mindset for Caesar that allows his sound to be more assured, more self-pleasing, confident. He continues his social commentary turning the ever-elusive idea of peace into a continually fleeting lover, “finally found peace/Just how long ’til she strip for me?” he sings. He maintains his momentum throughout all ten songs, moving into “CYANIDE” (my personal favorite on the release) questioning just how self-assured he can be acknowledging “Even though I’m godly, might end up in Hell.” Again, Caesar gives the audience something to chew on, forcing self-reflection for all who listen. He doesn’t shy away from any conversation, and it’s clear that he’s using this album to say everything he hasn’t been able to before.

Though these punctuated instrumentals and thought-provoking lyrics seem a far cry from Caesar’s comfort zone, the singer reveals in conversation with Apple Music that all of his work centers on “tracing his decision to leave home and the church at 17,” encapsulating his poetic talents and ability to ” distill spiritual complexities into deceptively simple love songs.” “I’m drawn to touchy subjects,” he says. Now, this personal truth is fully evident to his listeners as we collectively comprehend that what’s difficult for Daniel is everything but music—”This music shit’s a piece of cake/ The rest of my life’s in a state of chaos/But I know I’ll be okay”—he chokes out in “SUPERPOSITION.”

While the entirety of CASE STUDY 01 makes a great soundtrack to any casual hangout with friends, some of the songs are clearly made for your headphones. Even after I left my friends to go to bed, I plugged Daniel into my phone and began to hear harmonies and accents I didn’t hear on the first listen. The final song on the track, the longest play, is “ARE YOU OK?” which is six and a half minutes of Caesar’s strong voice with background fillers that interact with the listener intimately. “We both know it’s wrong,” he reasons as  “(You want me in your arms)” echoes in the right ear; it’s a hollow sound, almost ghostly. The instrumental refrain that spans for over twenty seconds in the middle of the song is a cacophony of imbalanced instrumentals, weighing a guitar, synth, and percussion line in the left ear and a contrasting bass line in the right. Though, unlike several other Caesar songs, it doesn’t feature another artist, his new sound is clearly influenced by other R&B celebrities.

Daniel shows us that a new, different sound doesn’t have to mean abandoning oneself. In fact, for Caesar, CASE STUDY 01 appears to be the most honest and authentic Caesar has ever been with his audience. Producing original content while maintaining an artistic truth is difficult and Caesar does so successfully on just his sophomore album. CASE STUDY 01 is freedom, Caesar’s freedom from the constrains of the religion and political traps that raised him and freedom to explore and continually evolve as an artist as he dares to push the boundaries of his skills. The album is his first big debut in a way, the first time he is wholly himself creating music that is compatible with where he is in the moment rather than constraining himself to Daniel Caesar audiences expect him to be. It’s refreshing to the ear, unconventional, risky, and, all the while the same vulnerable, crafty, and incredibly talented artist that we’ve come to know and love.